Manchester United Are The Premier Leagues Most Unpopular Club, According To Study

Manchester United are the Premier League’s most unpopular club according to a new study.

AnalysisFC conducted their very first Premier League rivalry survey and posed the question “Which other EPL team do you dislike the most?”.

13-time Premier League winners United came out on top, with supporters from a total of 13 Premier League clubs viewing the Red Devils as one of their top three biggest rivals.

Liverpool and Manchester City fans are two givens because it’s in their nature to despite United, but Burnley, Cardiff City, Huddersfield Town, Leicester City and Newcastle United are also among those who have a disdain for the Old Trafford club.

Liverpool are the second most hated team in the league as per the study, while Spurs occupy third place and Chelsea are in fourth. 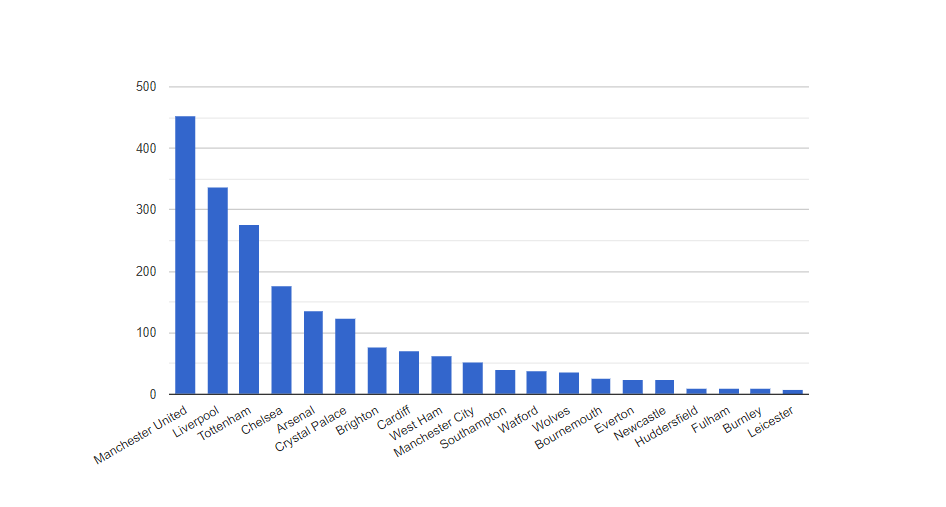 This week, SPORTbible did a survey on who has the angriest fans in football and Leeds United came out on top. 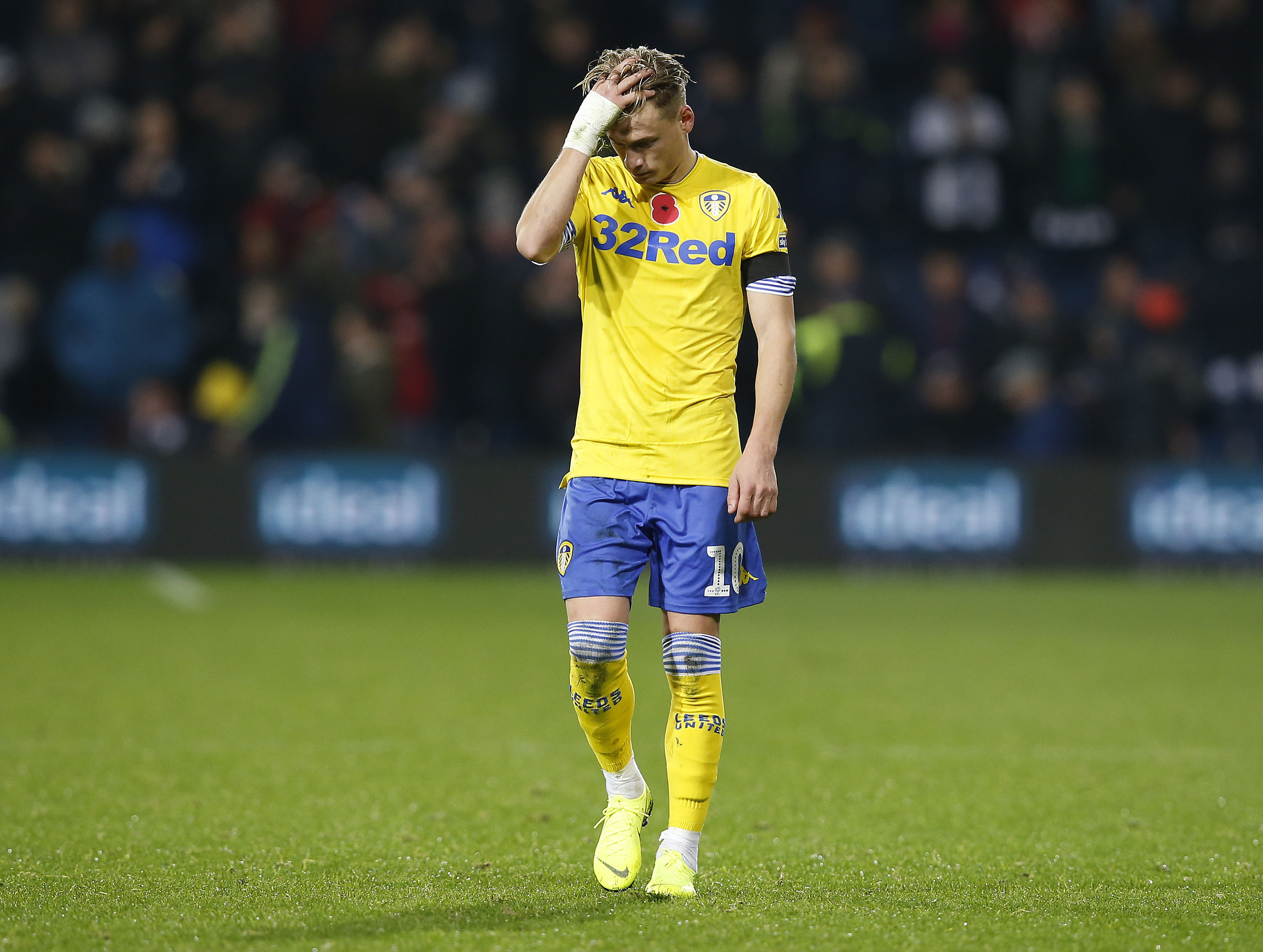 Over 10,000 people voted in the SPORTbible survey conducted on Thursday afternoon. The Championship side came out on top with 36% of the vote, while Liverpool came in second with 29%.

Manchester United fans came in third with 18% while Arsenal came in last place with 17%, which may surprise a few considering the antics of ArsenalFanTV in recent years.

We have it down to four… Which team have the angriest fans?

Last year, Leeds United fans came third in England for most fan arrests with 61, while only West Ham and Birmingham City supporters being arrested more often throughout the season.

A total of nine fans were given banning orders last season, which was up from five the previous season, according to Leeds Live.

Do you agree with the overall standings? Any teams missing from the list?

Ballon dOr Rankings After Half The Votes Are Very Interesting