Pep Guardiola vs Maurizio Sarri. Manchester City vs Chelsea. Mike Dean in the middle. Sunday’s clash promises to be quite the spectacle at the Etihad Stadium.

The 50-year old match official is just one away from 100 Premier League red cards, a huge milestone for the most charismatic and entertaining referee in all of English football.

Dean, who made his Premier League debut 19 years ago, obviously doesn’t want to brandish it in a dead game between Brighton and Burnley and so you can only imagine his excitement when he was told he’ll be taking charge of the big one at 4pm on Super Sunday.

Quite simply, the stars are aligning for the flamboyant Wirral native to reach an unprecedented century of dismissals in the biggest fixture of the week. 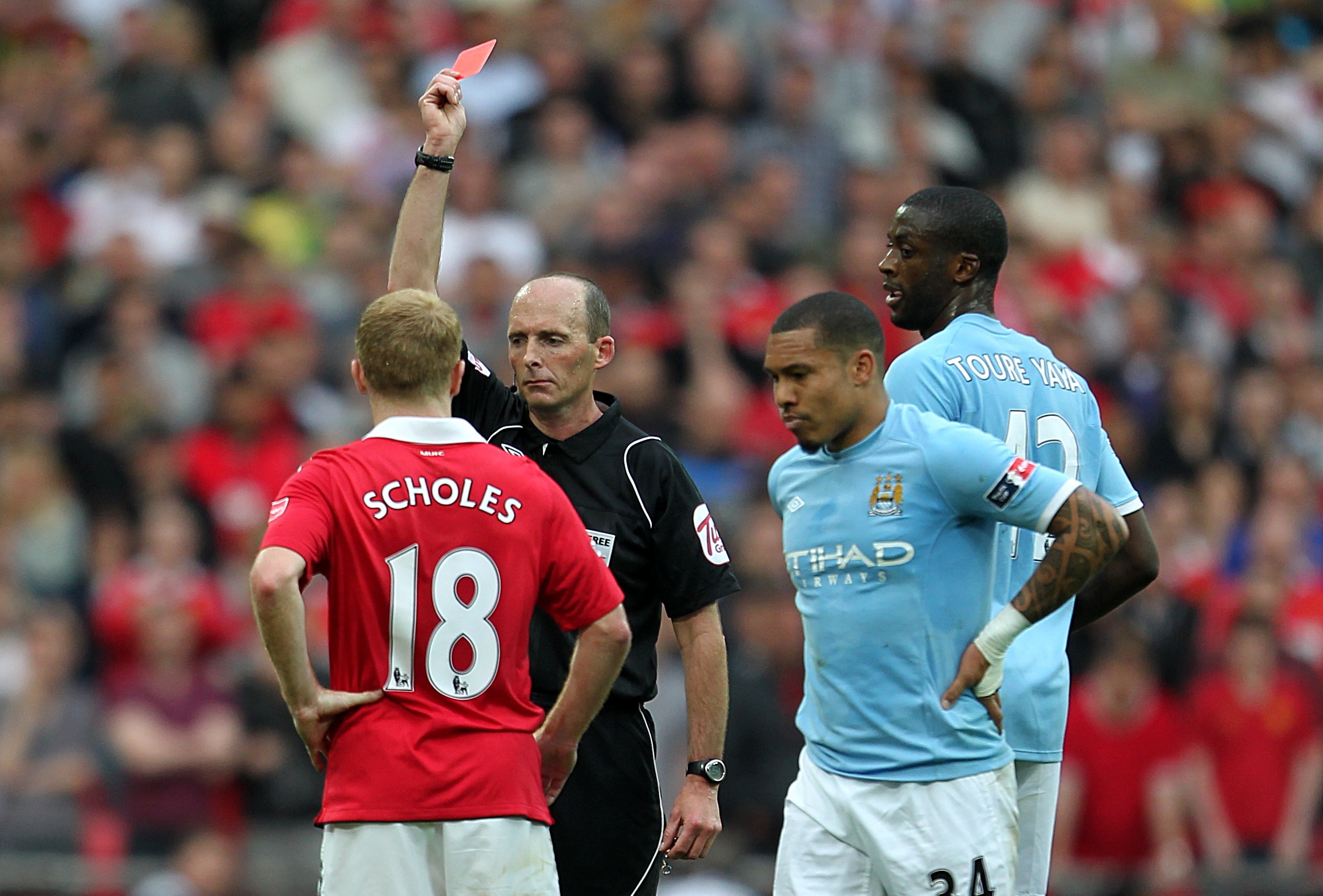 Dean has sent four players off in City-Chelsea games, showing more red cards in this fixture than any other. On top of that, City and Chelsea players have been giving their marching orders on nine occasions, which is more than any club he has officiated.

And finally, Dean has sent more players off than any other ref in his 19 Premier League games this season, having got the red card out of his pocket nine times.

99 – Mike Dean (currently on 99 Premier League red cards) will take charge of Manchester City v Chelsea on Sunday – the fixture in which he’s shown the most red cards in the competition (4). Problems. pic.twitter.com/BJV7VsrfSE

Mike Dean is one red card away from giving out 100. He’s been assigned the Manchester City v Chelsea game :eyes:

Mike Dean will officiate Manchester City vs Chelsea on Sunday.

He is on 99 red cards in PL and he has issued 4 red cards in City vs Chelsea fixture… pic.twitter.com/NXIgaTbA0Z

He could have made history at the King Power Stadium for Leicester City vs Manchester United last week but the Etihad is the perfect place for him to hit the milestone.

City and Chelsea players both better watch out because the chances of a no-look sending off or a classic “off you pop” coming their way are incredibly high.