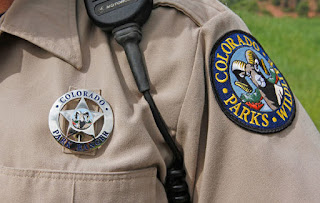 Colorado Parks and Wildlife officers confirmed through a necropsy that a jogger on Horsetooth Mountain in Larimer County survived a rare attack by a young mountain lion by suffocating the animal to death. After additional investigation, including examination of the lion, we have confirmed the victims account that he was able to suffocate the animal while defending himself from attack, Colorado Parks and Wildlife officials tweeted Tuesday morning.

Its unclear whether the runner  who has not yet been identified publicly  strangled or smothered the mountain lion. He had no weapons, so he killed the cat with his bare, bleeding hands after climbing on top of the animal, state wildlife officials said.

Its an amazing story. Everyone is baffled and impressed, said Rebecca Ferrell, spokeswoman for Colorado Parks and Wildlife. He had no weapons, no knives or trekking poles with him. How did he do it? Its pretty rare. That is definitely a twist on this, Im sure. The victim was running on West Ridge Trail when he heard something behind him, Ferrell said. As he turned, he saw the mountain lion pounce for his head and neck, she said. The mountain lion bit him on the face and wrist. The victim managed to partially block the attack with his forearms, Ferrell said. He managed to fight and break free from the mountain lion. Once he fended the mountain lion off, he counter-attacked the cat by getting on top of it, she said. There are still a few mysteries, though, including exactly how he suffocated the animal. Wildlife officers will go to the hospital Tuesday and ask him many questions about how he survived and then killed the mountain lion, Ferrell said. Wildlife officers also searched the trail where the runner told them his fight with the mountain lion took place, a Parks and Wildlife news release says. They found the dead mountain lion within feet of possessions the victim asked the officers to look for, it says. Although preliminary information from the necropsy confirms the joggers story about the cause of death, detailed information about the mountain lions injuries have not been released and could take several days before they are made public…MORE

On Monday evening, the victim was treated for serious injuries including facial bite wounds and lacerations to his arms, legs and back.

…detailed information about the mountain lions injuries have not been released and could take several days before they are made public.

Apparently it is OK to release detailed information about the human’s injuries, but details about the lion’s injuries are being held close by officials? A dead cat has more of a right to privacy than the human victim?

Wildlife officers will go to the hospital Tuesday and ask him many questions about how he survived and then killed the mountain lion, Ferrell said.

They are not just asking him to describe what occurred, but instead will ask “many questions.”

This suggests to me this is still an active investigation, and could explain why details of the animals injuries have not been disclosed, and won’t be until the human has answered “many questions.”

In other words, the human is being treated as a suspect in a murder case.

I wonder if the jogger was wearing a MAGA hat.

It looks pretty strange to me, like will they fine him for defending himself if he used a weapon?

Can we get him to run the Senate?

Heck, even Davy Crockett had a knife when he kilt that ‘ere b’ar. Course, he was only three when he done it, y’know.

Ripped off his sweat shirt and stuffed it down the animals throat? Then retrieved the shirt and used it for a bandage?

An old friend of mine said it is always better to be judged by twelve than to be carried by six.

9
posted on
02/05/2019 2:54:19 PM PST
by
Vigilanteman
(The politicized state destroys all aspects of civil society, human kindness and private charity.)

IIRC there is a FReeper who killed a bear with his bare hands.

Maybe a K-bar too.

I think he should be the next Darwin Awards judge.

So we go from HIPAA (for Hippos) to CATAA for Cats?

I think I would get an attorney before I answered those “many questions.”

I didn’t even know Mel Gibson was a runner.

In the case being discussed, I hope everyone involved realizes that the human saving his life should be all that matters. This used to be a no brainer.

That’s what I thought of too. Someone with a better memory will be along shortly (or the freeper himself).

To: kanawa; null and void

An account that I read said the cat was a juvenile. Size matters. Not saying this was not a big deal, but that depends on how big the cat was. From what I have read, we just don’t know that.

Nahh, he had a pair of Nancy Pelosi’s underwear and rammed it down the cat’s throat, the cat choked on it’s own vomit.

Disclaimer:
Opinions posted on Free Republic are those of the individual
posters and do not necessarily represent the opinion of Free Republic or its
management. All materials posted herein are protected by copyright law and the
exemption for fair use of copyrighted works.

27 Pictures That Will Make You Reevaluate Your Entire Existence